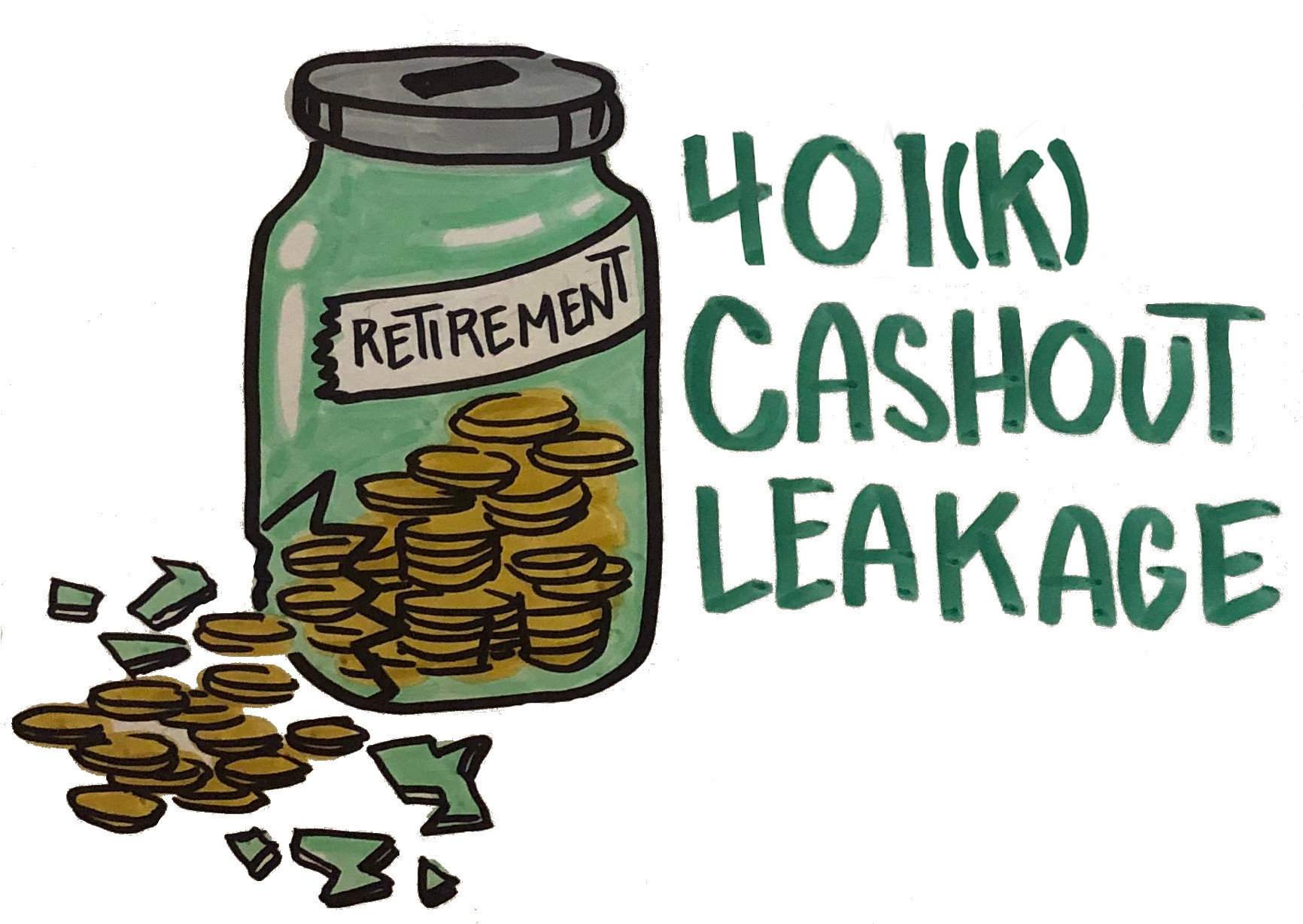 I write a lot about 401(k) cashout leakage, and I can assure you that counts for nothing around my dinner table or at cocktail parties. The topic, though, is a serious one, adversely affecting the retirement prospects of millions of Americans.

In full disclosure, I work for a private sector fintech services company focused on solutions to leakage, so I have to stay on top of the issue. Everyone’s free to question my motivations, but as an individual, I have zero doubt that leakage is a massive, unsolved and largely unnecessary problem that’s existed for a long time, and I believe that the private sector should step up to solve it.

I base my views on a preponderance of facts and data, all gathered during reasonably good economic times. I further believe that the ongoing COVID-19 pandemic, along with CARES Act provisions that relaxed restrictions on pre-retirement withdrawals, will make a bad 401(k) cashout leakage situation worse – it’s only a question of degree.

The ICI Leakage Study
With that intro, you can understand how my interest was piqued when the Investment Company Institute (ICI) released a new leakage study. Accompanying the study, the ICI news release declared that previous studies “substantially overestimate leakage from retirement accounts” – adding that leakage is “about half the previous rate estimated” and further claiming that the study reversed a prior “narrative of massive leakage.” The ICI’s news release was quickly picked up and reported by retirement-oriented media outlets.

After reviewing the ICI study, I have the following observations.

All that Glitters
First, I can unequivocally state that the ICI study has established itself as “gold standard” of leakage studies using 2010 tax data.

To ICI’s significant credit, the study utilized a sophisticated approach to mine the decade-old tax data, using individual returns cross-referenced to provider-supplied informational returns (ex. – Form 1099-R). This approach, which warranted the release of a separate paper, was able to better-isolate those distributions that are subject to tax penalties. This was no small feat, because mining the data involved a great deal of work to separate the wheat from the chaff.

It’s not only old, but that vintage had well-known issues with under-reporting and mis-categorization of tax effects. Moreover, the “previous studies” the ICI identified as advancing a false narrative also utilized 2010 (or earlier) tax data, and it was with these efforts that ICI seemed to have a bone to pick.

Apples-to-Apples?
Second, making any kind of “apples-to-apples” comparison of the ICI’s results to more-current, 401(k)-specific leakage studies is difficult, if not impossible. Forced to make the attempt, I’d probably tally the “pensions & annuities” values provided on page 54 ($33 billion), gross them up for under-reporting, then apply a factor for growth in leakage over the intervening period. I’d likely arrive at an annual leakage amount somewhere north of $50 billion per year, and that figure would be in the ballpark of high-confidence 401(k) leakage estimates compiled by the Savings Preservation Working Group.

Since few readers of the ICI news release or its media accounts would go to that trouble, most would simply be left with the narrative supplied by the ICI – namely, that leakage has been wildly over-estimated and is only half of whatever figure you previously thought. In other words, no big deal.

The Reality of 401(k) Cashout Leakage
When it comes to 401(k) cashout leakage studies, in my view the latest from the Employee Benefit Research Institute (EBRI) is the most-credible, followed closely by the many studies conducted by large recordkeepers (ex. – Fidelity, Vanguard and Alight), which have consistently yielded similar results.

From the EBRI Website:
Significantly, no effective solution has been implemented to address the problem of 401(k) cashout leakage, which occurs post-termination, where each year approximately 40 percent of terminated participants elect to prematurely cash out 15 percent of plan assets. For 2015, EBRI estimates that $92.4 billion was lost due to leakages from cashouts, representing a serious problem that affects the potential of 401(k) plans to produce adequate income replacement in retirement.

I can’t craft a better “narrative” than that.