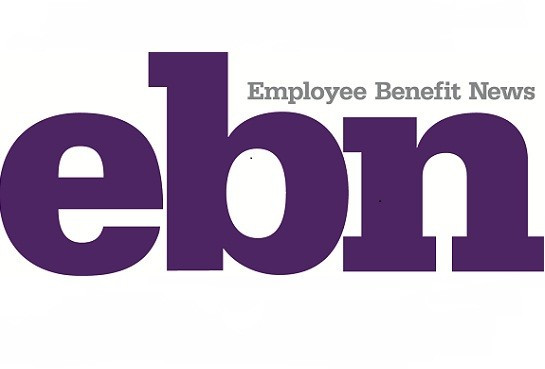 Traditionally, the anniversary gift for couples celebrating their 15th wedding anniversary is crystal. When the Pension Protection Act of 2006 was signed into law 15 years ago, a crystal ball would have been useful. Although this legislation was (commendably) crafted with the best of intentions, its unintended consequences for defined contribution plan participants and sponsors continue to reverberate.

The Pension Protection Act was designed to help Americans save more for retirement by enabling more workers to participate in the U.S. 401(k) plan system. Among other provisions, the Pension Protection Act gave plan sponsors the power to automatically enroll employees in their plans. But high workforce mobility, coupled with a lack of seamless plan-to-plan asset portability solutions for job-changing participants, led to an unintended consequence of auto enrollment—a sharp uptick in small, stranded 401(k) savings accounts.

The complex, time-consuming, and expensive process of DIY plan-to-plan asset portability made leaving accounts behind one of the two least complicated options (along with cashing out) for many participants at the point when they change jobs. The proliferation of small accounts has led to, among other things, higher expenses for participants which can affect their retirement outcomes. If we use data from New England Pension Consultants, which reported that the median record-keeping fee for defined contribution plan participants was $59 in 2017, then a hypothetical 30-year-old worker who leaves behind a 401(k) savings account in their former employer’s plan would forfeit $2,124 in fees paid on that account by age 65, assuming the account grows by 7% per year.

But in addition to account fees, the hypothetical participant would also lose future earnings from compound interest on the $2,124 in fees—increasing the amount of lost savings to $8,785.89 by age 65 (again assuming a 7% annual rate of return).

The average American worker saving for retirement will switch jobs 9.9 times during a 45-year working life, according to EBRI. If leaving behind just one 401(k) account at the point of job-change can cause participants to lose nearly $9,000, imagine what impact nine stranded accounts can have on retirement prospects!

The proliferation of small accounts has also had a negative effect on plan sponsors. More small accounts decrease average account balance, and other key plan metrics—and also increase the fiduciary liability to which sponsors are exposed.

However, the massive increase in small accounts has benefited plan recordkeepers, having pushed their revenue model toward one which is based on the number of accounts in a plan, as opposed to assets under management.

Fortunately, over the past 15 years since the Pension Protection Act of 2006, the private and public sectors have worked together to create solutions which simplifies the process of transporting 401(k) savings from one plan to another when participants change employers.

Auto portability—the routine, standardized, and automated movement of a retirement plan participant’s 401(k) savings account with less than $5,000 from their former employer’s plan to an active account in their current employer’s plan—has been live for more than four years. This solution utilizes a “match” algorithm and “locate” technology to roll participants’ stranded 401(k) account balances or safe-harbor IRA accounts into active accounts in their current employers’ plans.

Auto portability has a track record of increasing the average account balance of a plan’s participants. Only four months after implementing auto portability, a large plan sponsor in the healthcare services industry increased the average account balance of its participants by 48%, as per a 2017 case study by Boston Research Group.

Furthermore, EBRI estimates that, in the event auto portability is broadly implemented across a 40-year period, up to $2 trillion (measured in today’s dollars) in additional savings would be preserved in the U.S. retirement system. This amount would include about $191 billion in extra retirement savings for 21 million Black Americans, and $619 billion for all minority participants.

But besides the development and availability of auto portability, there has been another trend which has emerged 15 years since the Pension Protection Act was signed into law. The primary default investment option for many defined contribution plans 15 years ago was the money market fund, just as we see in safe-harbor IRAs that are used to remove small accounts from plans today, with low returns that impact participant outcomes. The Pension Protection Act, however, made it acceptable for target-date funds to become the primary default investment option in plans—which is a better savings option for participants. This is another reason why consolidating retirement balances into participants’ new-employer plans automatically, upon job-change, makes sense.

Finally, 15 years after the Pension Protection Act, we now have the tools to achieve the main goal of this legislation—to help more Americans participate in the U.S. retirement system, and save more for retirement.