“Make the smart decision the easiest decision” seems like an obvious goal for plan sponsors when designing participant-directed retirement plans, and it’s certainly driven the rapid adoption of the autos—auto enrollment, auto deferral escalation, and auto investment options, such as target-date funds and managed accounts.

However, with regard to the portability plan feature—specifically, the participant’s decision regarding account distribution at the point of job-change—the opposite has been the case. Research on the mobile workforce conducted last year by Boston Research Technologies in collaboration with Retirement Clearinghouse demonstrated that participants are in fact selecting the easiest option with respect to their prior-employer balances—cash-outs—but that decision isn’t the smartest. Participants know this, as evidenced by the high percentage of participants who later regret their cash-out decision. 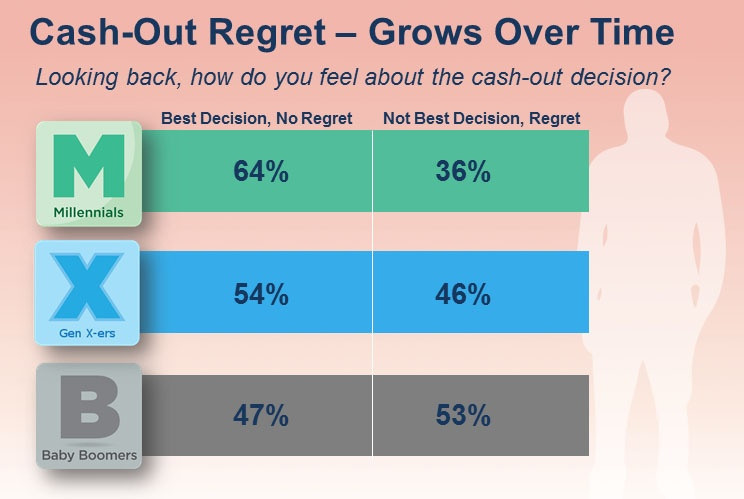 By managing portability—facilitating roll-ins, in particular—plan sponsors can promote lifetime participation in retirement plans and effectively address some of the unintended consequences of the autos, such as the proliferation of small accounts and missing participants. Plan advisors can point to the improvement in certain plan metrics that consolidating retirement assets in the participants’ active plan can lead to, such as an increase in average account balance. More importantly for all stakeholders, encouraging and facilitating roll-ins leads to a significant drop in cash-outs, thereby improving participant retirement readiness and the overall health of the retirement services industry.

Leakage (the removal of assets from the U.S. retirement system) from cash-outs—premature withdrawals of retirement assets, resulting in taxes and penalties—is a persistent problem in the retirement system, and growing more pervasive as employee mobility increases. Cash-out leakage represents 89% of all retirement plan leakage, according to a 2009 Government Accountability Office report. The problem is particularly acute for small balance retirement accounts—those with a balance of less than $5,000. Recent studies published by Aon Hewitt, Fidelity and Vanguard all point to a cash-out rate of almost 60% for these accounts. Retirement Clearinghouse recently demonstrated that the actual leakage for these accounts may be as high as 89% when you factor in the cash-out rates of the safe harbor IRAs that many of these accounts are swept into as a result of mandatory distributions. 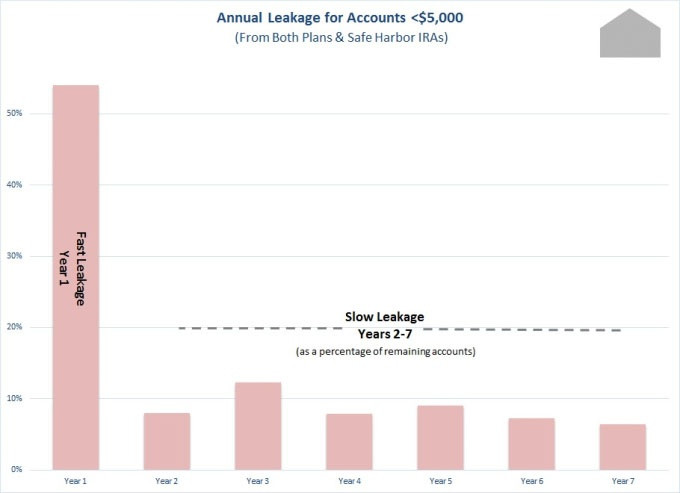 Leaving these small balances behind is not the answer either. Workers with multiple retirement savings accounts have to pay fees for each open account, and lose money on the lost earnings and compound interest that those fees would have yielded. Even one extra retirement savings account can deplete nearly $7,000 from a retirement nest egg. In addition, these balances are subject to a mandatory distribution, whereby the balance is swept into a safe harbor IRA with a money market fund or similar cash investment vehicle as the default investment option. Safe harbor IRAs often have higher fees, and when combined with low investment returns from the default investment options, they may decay to a zero balance over years or even just months of inactivity.

According to the same mobile workforce study by Boston Research Technologies, 62% of participants who completed a roll-in required help to move their balances forward, and it took many weeks, if not months, of effort to do so—cashing out was just easier to do. The problem of portability friction that causes so many participants to cash out screams for a solution that includes a nationwide cooperative framework for seamlessly and automatically transporting retirement savings forward to current-employers’ plans as workers change jobs.

The good news is that recent comments from the White House and a bicameral group of Congress members have raised awareness of the issue, and taken us one step closer to establishing such a framework to make it easier for retirement-savers to transport their 401(k) balances from job to job as they move. In addition, the Bipartisan Policy Center recently called for the creation of a nationwide retirement clearinghouse to facilitate seamless plan-to-plan portability (and auto portability for account holders with balances below $5,000).

The Impact: Billions of Dollars in Additional Retirement Assets

If all of the 5 million Americans with less-than-$5,000 balances who change jobs every year would forego cashing out and instead transport their savings, the U.S. retirement system as a whole would benefit tremendously. Retirement Clearinghouse illustrated in a recently released Auto Portability Simulation that, if auto portability is widely implemented, $115 billion in new retirement savings would be added to the nation’s retirement system over 30 years—simply by cutting cash-out leakage from small-balance accounts. 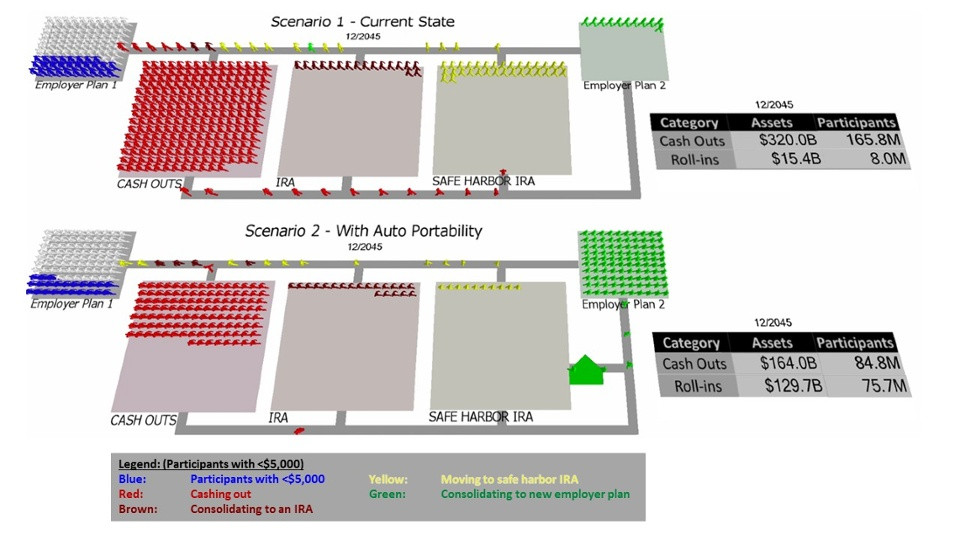 Referring back to the mobile workforce study from Boston Research Technologies, when asked if they would take advantage of a sponsor-provided roll-in service to help with the consolidation process, 83% of Millennials, 83% of Generation-Xers and 78% of Baby Boomers responded affirmatively—if the plan paid for it. Furthermore, the study found that even more participants—91% of Millennials, 89% of Gen-Xers and 65% of Baby Boomers—would likely roll IRA balances into the plan if such a service existed. Finally, 93% of participants said a roll-in service would be a good or excellent benefit compared with other employee benefits received from their employer.

Most plans allow roll-in contributions. The Plan Sponsor Council of America reported in its 58th annual industry survey, published this past January, that 97.6% of defined contribution plans are capable of accepting roll-ins of account balances from other plans, and 61.9% of plans can accept roll-ins from IRAs. The issue is not plan design, but rather, offering a service to take advantage of the roll-in feature the majority of plans already possess.

Give Participants What They Need and Want

Financial planners and advisors that work with retirement plan sponsors can start by ensuring the plans they work with allow roll-in contributions from both retirement plans and IRAs. Next, advisors can encourage their clients to promote their plans to new hires as consolidation vehicles for retirement savings. Finally, advisors can help the plans they serve choose and retain an unbiased roll-in assistance provider. Such a third party’s service offering should involve preparing all participant documentation for signatures and coordinating form submission along with the resultant asset movement, thereby minimizing the time participants have their retirement assets un-invested. The offering should also be available on a fee-for-service basis so that participants with balances of all sizes can be encouraged to consolidate.

Defined contribution plan participants overwhelmingly indicate that they need and want help with account consolidation—and would use roll-in services if sponsors offered and/or paid for them. Out of all the initiatives currently employed by plan sponsors today to improve retirement readiness and promote savings, the roll-in service may be the most cost-effective. Make the smart decision the easiest decision in your client’s plan by encouraging them to offer a facilitated roll-in program.