When the Auto Portability Simulation (APS) model was recently unveiled at EBRI’s 78th Policy Forum, a lot of attention was paid to the “marquee” numbers, and rightly so. I’m referring here to the $154 billion reduction in cashout leakage, as well as the $115 billion increase in plan-to-plan roll-ins that occur under the adoption of Auto Portability.

Those numbers, while dramatic, weren’t the only interesting outcomes yielded by the APS.

The Power of Portability

Over the simulation’s timeframe, the effect became quite pronounced: by 2045, Auto Portability had resulted in 40 million fewer job-changers with less than $5,000.

Initially, this didn’t make sense. With identical assumptions on the number of job-changers in each scenario, why would this population begin to decline under Auto Portability?

Our confusion was soon resolved, when we realized that the combination of reduced cashouts and increased plan-to-plan roll-ins had served to increase the retirement savings balances of a large population of participants. As the Auto Portability Simulation moved millions of participants from job-to-job, located their new plan and consolidated their balances, it was effectively lifting a large percentage of them out of the lowest-balance segment. Because these participants had already realized a significant benefit from Auto Portability, they were no longer eligible for the plan feature. Put simply, the scenario where a participant has 6 stranded small balance accounts at former employer 401(k) plans disappears under Auto Portability. 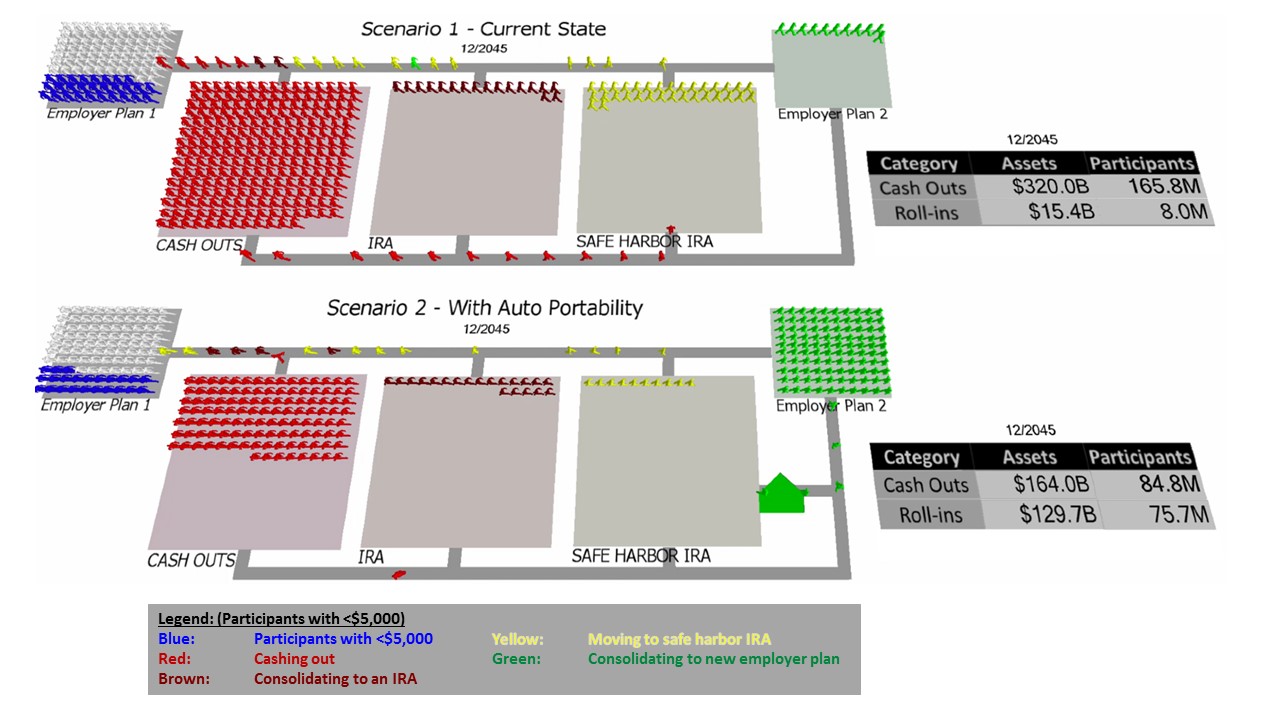