Spotlight on Cashout Leakage: The Fundamentals 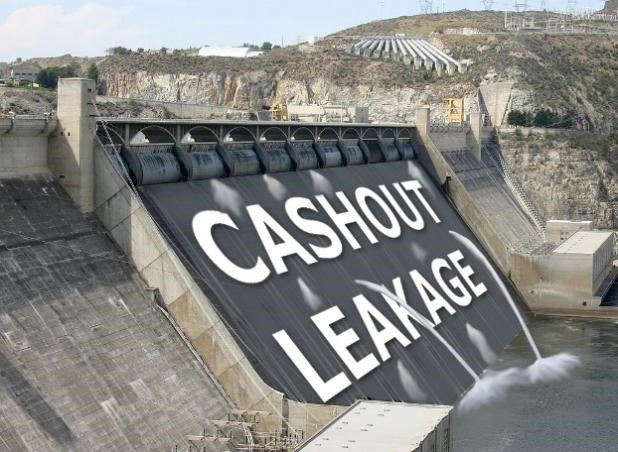 Cashout leakage, a long-standing problem in America’s defined contribution system, is a silent crisis that unnecessarily robs millions of Americans of a comfortable, timely or secure retirement. Plagued by misunderstanding and neglect, it’s vitally important to understand the problem and to take decisive action to curb it.

The first of a five-part series, this article addresses the fundamentals of cashout leakage.

What is Cashout Leakage?
Cashout leakage is the voluntary, premature withdrawal of tax-qualified retirement savings following a job change, and prior to normal retirement age, which results in the payment of taxes and penalties.

While the term “leakage” can carry comedic value – conjuring images of diaper-clad babies and adult undergarments – it’s a serious problem for our nation. Each year, up to 6 million participants cash out, elect to use their tax-qualified savings for purposes other than retirement and become retirement system dropouts. Just as a young adult who chooses to drop out of school could damage their chances of success in life, participants who cash out could be squandering their retirement security.

Sources of Confusion
Next, let’s clear up some common sources of confusion surrounding the problem of cashout leakage.

Why Does Cashout Leakage Persist?
If cashout leakage is such a large problem, and if most of is avoidable, then why does it persist at its current, unacceptable levels?


Also contributing to the cashout leakage problem is the indifference that small balance account owners are shown by leading IRA providers. Quick to accommodate larger balances, IRA providers are reluctant to service this population, as the median balance for accounts under $5,000, and subject to mandatory distributions is $1,679 – lower than the initial deposit required to open many IRAs. Combined with the complex and time-consuming nature of DIY plan-to-plan portability, separated participants—and especially those with less than $5,000 – find that cashing out is their easiest option, by far.


Looking Ahead
Recent developments, including the Department of Labor’s guidance on auto portability, and the creation of the new Saving Preservation Working Group, indicate that DC policymakers, providers and sponsors are interested in finding solutions to the cashout leakage problem.

In our next article, we’ll take a deeper dive into the demographics of cashout leakage and show why solving the problem is a critical retirement savings public policy goal