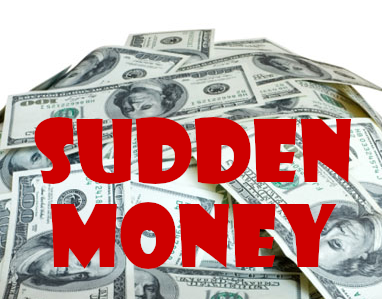 Researchers realize that long-term retirement planning is not a natural act for most 401(k) plan participants. Consequently, important 401(k) plan features have evolved (ex. – auto enrollment, auto escalation, QDIA funds, etc.) to overcome the mis-match and to promote saving for retirement. Many of these features work spectacularly well – but only for as long as participants are actively participating in that plan.

Unfortunately, when participants change jobs, these behaviorally-engineered savings virtues can be rapidly discarded when they fall prey to the phenomenon of ‘sudden money’ – an all-too-human reaction to a perceived financial windfall – and an important factor that contributes to high levels of unnecessary cashout leakage.

To overcome the effects of sudden money, policymakers, sponsors and recordkeepers should embrace solutions that work, while avoiding faux solutions that don’t.

What is Sudden Money?

The term ‘sudden money’ was coined by Susan Bradley and Mary Martin, and described in the 2000 book Sudden Money: Managing a Financial Windfall. While most of us would recognize winning a lottery or receiving a large inheritance as obvious examples of sudden money, no minimum amount is required to qualify. A windfall only has to be large enough to drive a person outside of their comfort zone.

For many 401(k) participants, the effect of sudden money occurs when they change jobs and are presented with their options for balances left behind at a former employer’s plan. Many of these participants – even those with relatively small balances – will experience the emotional response associated with sudden money and wind up making extremely poor decisions – cashing out their balances and rapidly depleting these funds via conspicuous consumption.

Importantly, those retirement savers most-susceptible to ‘sudden money’ following a job change are those most-likely to perceive the 401(k) balance as a windfall – including lower-income and younger-age participants, as well as those with less retirement wealth. It’s no accident that’s exactly the pattern that we see in cashout leakage figures, as shown in the chart below. 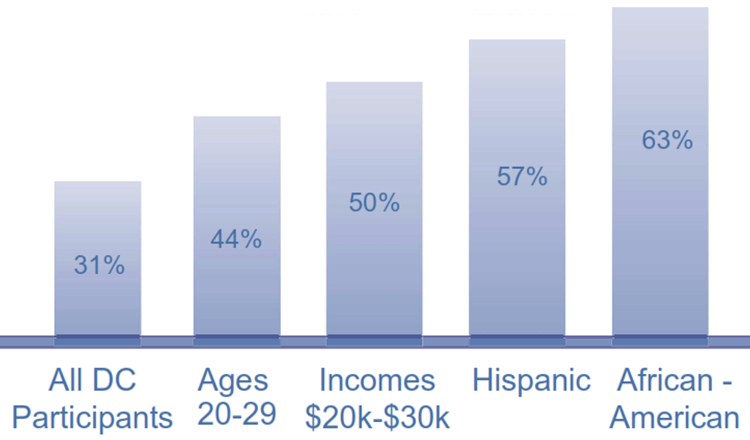 The most spectacular failure of the three, automatic cashouts occur when 401(k) plans invoke provisions allowing them to automatically distribute terminated participants’ balances less than $1,000. Sponsors who automatically cash out these participants seriously undermine their own efforts and send a contradictory message that retirement savings are worth preserving only if the balance is above a certain amount.

To add insult to injury, many sponsors rationalize automatic cashouts through the misguided belief that all of these participants simply “need the money.” Ironically, many of these same participants will neither receive nor cash their distribution checks, due to stale address information. Perversely, some plans will then elect to utilize the very same undistributed funds “needed” by these participants to defray plan expenses, representing the equivalent of playing with fire, from a fiduciary point-of-view.

In the sudden money failure derby, traditional automatic rollovers are a close second to automatic cashouts. While automatic rollovers benefit plan sponsors by forcing out unresponsive participants with balances under $5,000 into safe harbor IRAs, the mere act of giving participants an ultimatum – while offering little education or assistance to facilitate a better choice – means that the overwhelming majority of these participants will succumb to temptation and cash out, paying taxes and penalties.

Retirement Clearinghouse research indicates that over 75% of balances under $5,000 cash out over time due to these first two sudden money events.

Federal and state government proposals to create retirement account registries to assist former employees in locating their balances are well-intentioned, but as conceived, won’t address the underlying problem, and may even make the problem of cashout leakage worse.

For example, where would a registry’s participant data come from? From the sponsors and recordkeepers that hold stale contact details for the missing accountholders? More importantly, when a missing participant does manage to stumble across their “lost” balance, what then?

You guessed it – sudden money.

Education, Assistance and Portability
The problem of sudden money is best solved by a system-wide, private-sector clearinghouse acting as a trusted third party for the recordkeepers that administer our employer-based system, and directly connected to its source—our mobile workforce.

Similar to a registry, the clearinghouse collects account data from sponsors via their recordkeepers across the country to help locate missing participants, but also “goes the extra mile” by enabling participants to consolidate their small accounts into their current-employer plans, once located.

By facilitating seamless portability between employer-sponsored plans throughout the U.S., including auto portability for 401(k) accounts with up to $5,000, a private-sector retirement clearinghouse will meaningfully combat the problem of sudden money