The Results Are In: Auto Portability is a Winner! 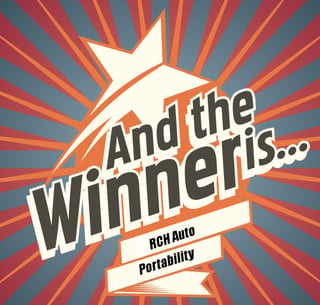 Those of us who have worked diligently to bring auto portability to fruition have intuitively known it’s value in preserving small-balance retirement savings. Still, it was highly gratifying to have this view confirmed by the analysis presented in BRT’s white paper.

As background, auto portability, in the form of RCH Auto Portability was first implemented in July 2017, for a large plan sponsor in the health services sector. Importantly, it resulted in the execution of the industry’s first fully automated, end-to-end transfers of retirement savings from an accountholder’s safe harbor IRA into their active plan accounts.

BRT’s Key Findings
The BRT white paper documents the results and findings from the initial launch in July through October 2017. During that time, over 400 participants consented to have their safe harbor IRA balance automatically rolled into their active 401(k) plan account.

From our point-of-view, these results completely upend the notion that small-balance accounts are somehow “expendable.” Instead, it shows that these accounts can be effectively “recycled” into America’s 401(k) system, if participants are simply provided with an easy choice.

Almost as important as the findings noted above was Mr. Cormier’s following, forward-looking observation:

“We can also observe that a mechanism is needed to surmount the remaining cognitive frictions, such as procrastination, hesitation, and indecision. The utilization of a negative consent mechanism would lead to the preservation of billions of dollars in retirement savings that are currently being cashed out by participants at alarmingly high rates.”

It’s important to note that the initial implementation of auto portability relied upon affirmative consent, which required a cycle of notification, as well as an affirmative response. It’s Mr. Cormier’s contention that the use of negative consent (i.e., an “opt-out” process) would serve to enhance the already-impressive results from the study period. We agree.

As RCH Auto Portability continues to operate, we look forward to its continuous improvement, to its expansion, and finally to its widespread adoption. Finally, it will certainly remain the focus of our strategic mission: to preserve the retirement savings of millions of hard-working Americans.