Why Small Balance Cash Outs Are Falling Through the Cracks

According to the recently released 2016 Willis Towers Watson U.S. Retirement Governance Survey, a major trend in retirement plan governance is the growing concern employers have for employees’ retirement benefit adequacy and financial well-being. To address this concern, sponsors indicated plans to increase monitoring of participant behaviors, using metrics such as plan participation and contribution rates, as well as carefully tracking the performance of their plans’ investment managers.

Oddly, concern over participant cash outs – certainly the most destructive behavior that participants can undertake – doesn’t make the list, despite persistent evidence that cash outs are at epidemic levels, particularly for balances under $5,000.

The empirical evidence is overwhelming. As we have commented in the past here at Consolidation Corner, long-term cash out rates for balances under $5,000 may be as high as 89%. In February 2015, The Center for Retirement Research (CRR) at Boston College released an Issue Brief indicating that leakage (cash outs, loan defaults and in-service withdrawals) reduced retirement wealth by 25%, confirming its devastating impact. According to a GAO report, cash outs comprise 89% of all leakage.

With clear and compelling evidence that cash outs negatively impact those key areas of concern identified in the Governance Survey (retirement benefit adequacy, financial well-being), why do plan sponsors still turn a blind eye to the problem of cash out leakage?

An obvious reason lies in the fact that most cash out leakage occurs post-separation. In other words, the cash outs occur after the participants are no longer active employees, and presumably are no longer former employers’ concern. This is faulty logic, as one employer’s departing employees are another’s new employees, and vice-versa.

Another reason is cost: the administrative burden to maintain the growing number of small accounts left behind by separated participants simply outweighs the benefits of having those assets. Auto enrollment and higher workforce mobility (the “gig economy”) have dramatically increased the number of small accounts held by separated employees. To reduce those costs, plan sponsors either automatically cash out all balances under $1,000, or initiate a mandatory distribution to move accounts with $1,000 - $5,000 balances out of the plan.

Also contributing to the problem is the indifference that small balance account owners are shown by record-keepers and by leading IRA providers. Record-keepers tend to offer more information about portability options to job-changing participants with balances over $5,000 than to those who fall below that threshold. IRA providers are similarly reluctant to service this population, as the median balance for accounts under $5,000 subject to mandatory distributions is $1,679.10 – lower than the initial deposit required to open up most IRAs. Combined with the complex and time-consuming nature of DIY plan-to-plan portability, separated participants—and especially those with less than $5,000 – simply find it easiest to cash out when they change jobs.

Taken together, these factors combine to ensure that separated participants with less than $5,000 find themselves slipping through the cracks and onto a “no man’s land” where there’s little concern about their negative outcomes, scant attention paid to their destructive behaviors, and no intervention attempted when they opt to cash out. 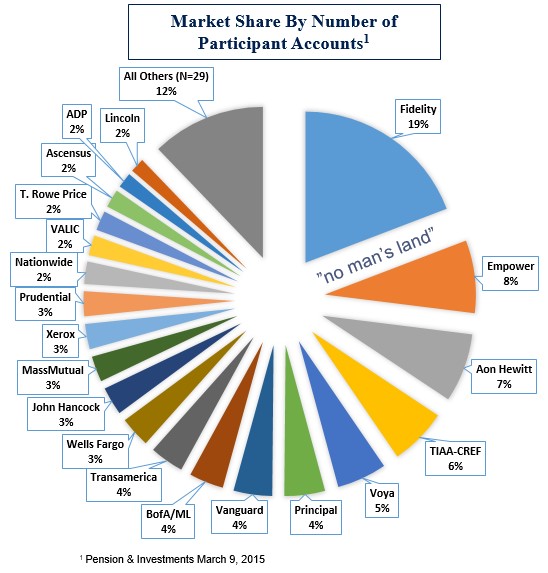 Fortunately, there’s a solution on the horizon for these unfortunates, allowing them to avoid “no man’s land.” That solution is Auto Portability, the routine, standardized and automatic movement of a separated participant’s small balance retirement account (less than $5,000) from a former employer’s retirement plan to an active account at a new employer’s retirement plan, when a participant changes jobs. Auto Portability essentially “recycles” these small-balance automatic rollover accounts back into the 401(k) system, ensuring that retirement savings follow the participant to their next plan.

Washington is starting to pay attention to the small balance leakage problem, and the need for Auto Portability. Let’s hope we see the retirement industry get behind Auto Portability as well.