The Next Area to Tackle for Preserving Retirement Savings: Uncashed Distribution Checks 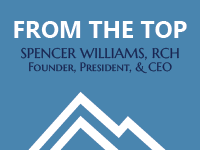 Last year marked the 15th anniversary of the Pension Protection Act of 2006. This legislation included well-intentioned provisions for helping Americans increase their retirement savings, including the capability for defined contribution plan sponsors to automatically enroll employees in their plans. Despite the good intentions behind auto enrollment, and all the positive outcomes that have resulted, its introduction also coincided with high workforce mobility and a lack of seamless plan-to-plan savings portability, which has led to a surge in small, stranded 401(k) savings accounts.

For example, at the end of 2015, 41.3% of plan participants in the Employee Benefit Research Institute (EBRI)/Investment Company Institute (ICI) 401(k) database had savings accounts with less than $10,000. This was the database’s highest percentage of participants with below-$10,000 account balances since year-end 2008, at the height of the financial crisis.

The Economic Growth and Tax Relief Reconciliation Act of 2001 gives plan sponsors the power to move some small accounts out of their plans, which relieves sponsors of the administrative burdens associated with these accounts. That legislation enables sponsors to automatically roll terminated accounts with less than $5,000 into safe-harbor IRAs. In addition, they can automatically cash out accounts belonging to former employees that have balances of under $1,000.

Automatic cash-outs of accounts with less than $1,000 present a big problem for sponsors and participants alike. Every year, approximately 1.6 million Americans who change jobs leave behind 401(k) savings accounts with under $1,000 in their former-employer plans, according to EBRI. Multi-year data from a large plan sponsor with over 250,000 participants demonstrates that 10.5% of the checks for these sub-$1,000 balances will go uncashed.

But that figure applies to requested checks—for balances prematurely cashed out voluntarily by participants. For sub-$1,000 accounts which are automatically cashed out, without the request of the participants, the percentage of uncashed checks is likely much higher.

One of the major drivers for this development is the proliferation of out-of-date mailing addresses in plan recordkeepers’ participant files. Boston Research Technologies reported in a study published in March 2018 that 11.3% of 401(k) accounts held by terminated participants have a stale address, which indicates that there are at least 3.1 million 401(k) accounts with lost or missing participants. Furthermore, the Boston Research Technologies survey also found that 32.8% of participant respondents had learned of a savings account in an employer-sponsored retirement plan that they didn’t know they had.

For plan sponsors, uncashed checks for balances of less than $1,000—which would grow and accrue greater savings if kept in the U.S. retirement system, or if received and invested by participants—can, as fiduciaries, leave them open to potential fiduciary liability.

Fortunately for plan sponsors, the auto portability solution can mitigate this exposure, and help participants increase retirement savings, by significantly reducing the need for automatic cash-outs. Auto portability is the routine, standardized, and automated movement of an inactive participant’s retirement savings account, with less than $5,000, from a previous employer’s retirement plan to an active account in their current employer’s plan. The solution’s “locate” feature automatically locates a participant’s current, active account, working in tandem with its “match” algorithm to begin the consolidation process. The address found by the “locate” feature is likely to be correct, with the aforementioned Boston Research Technologies study having noted that an active participant address record has a 92% probability of being accurate.

Retirement Clearinghouse, LLC’s Auto Portability Simulation data estimates that the widespread adoption of auto portability would lead to a net increase of 124.3 million plan-to-plan roll-ins of small account balances over a 40-year period. EBRI also estimates that during the same time span, the mainstream implementation of auto portability would result in up to $2 trillion in additional savings (measured in today’s dollars) being preserved in the U.S. retirement system—including about $191 billion for approximately 21 million Black Americans, and $619 billion for all minority workers.

Harnessing auto portability to mitigate, and eventually eliminate, automatic cash-outs of sub-$1,000 terminated accounts, and the uncashed checks for those distributions, can help ensure participants receive all of the retirement savings to which they are entitled—and improve their retirement outcomes—while reducing fiduciary liability for sponsors. Now that’s a win-win.