On May 22nd, at a Women’s Institute for a Secure Retirement (WISER) roundtable addressing strategies, choices and decisions for women’s retirement income, important new data was presented that highlights the challenges faced by women in preserving their 401(k) savings when changing jobs – particularly for women with balances less than $5,000.

Compiled by Retirement Clearinghouse (RCH) and presented to the WISER roundtable by RCH EVP Tom Johnson, the data indicates that women with small 401(k) balances cash out much more frequently than their male counterparts.However, as women’s 401(k) balances grow, they become more likely than men to preserve their retirement savings.

These behaviors, along with the results of the Auto Portability Simulation, suggest that a program of retirement savings portability could incubate women’s small 401(k) balances, allowing them to more effectively grow their savings to higher balance levels, where more virtuous behaviors prevail.

An infographic summarizing the statistics is available for download at this link.

Drawing upon a 2015 survey by Boston Research Technologies, the RCH data also revealed that, at sub-$5,000 levels, women of all ages tended to cash out at much higher-levels than their male counterparts, as indicated in the graph below. 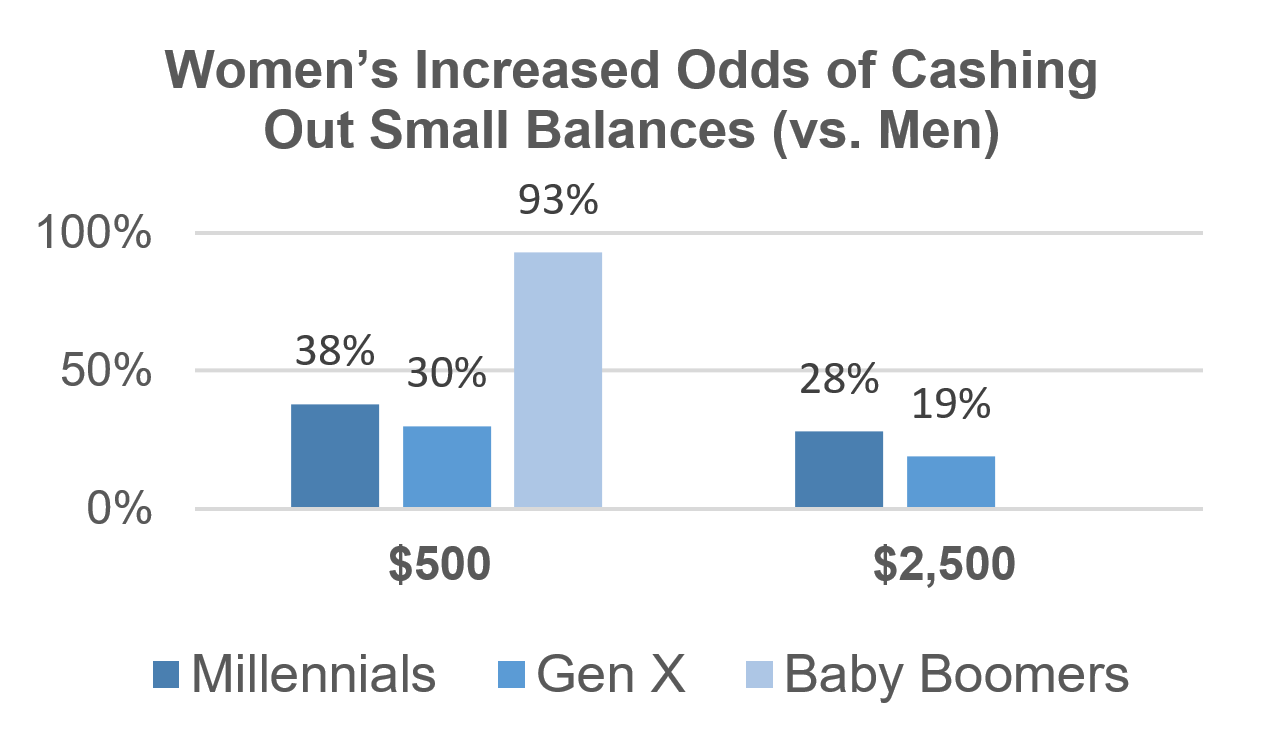 The Promise of Portability

A more promising data point was revealed in a 2011 study by Aon Hewitt, indicating that women – at higher balance levels – were more likely than their male counterparts to preserve their retirement savings from job-to-job.This finding seems to mirror other research (ex. – The $10,000 Hurdle, Northern Trust, 2017) suggesting that efforts to move participants’ balances to higher thresholds can act as an effective deterrent to cash outs.

While the systemic results of auto portability are impressive, its effect at an individual level is equally impactful.

Taken together, the new data presented at the WISER roundtable demonstrate that by reducing cashouts, consolidating balances and achieving higher balance levels, women could benefit disproportionately from the widespread adoption of auto portability.